American Made and Missouri Grown!! Charles McCann and Charles Braithwait

1964:  President Lyndon Johnson's declared "War on Poverty", and the subsequent passage of the Economic Opportunity Act of 1964.  Community Action Agencies were charged with the following:

1965:  Economic Security Corporation of Southwest Area (ESC) was created as a private, not-for-profit Corporation to serve the needs of low-income individuals and families residing in Barton, Jasper, Newton and McDonald counties in Southwest Missouri. We began operations with two employees and a first year budget of $76,000.  Some of the first programs: summer Head Start,  Employment & Training and  Summer Youth Employment.

1986:  The Steward B. McKinney Act made the Homeless plight a national issue.  ESC started the first transitional housing and today is the lead agency in regards to the Jasper Newton County Continuum of Care and partner agency with The Homeless Coalition.

1994:  Economic Security Corporation added the role of the Jasper County Public Housing Agency program and their 342 Housing Choice Vouchers to the agency.

2011:  ESC was a lead agency for re-housing Joplin residents who were displaced from the May 2011 F-5 Tornado 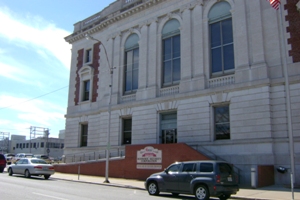 ESC is an agency that is constantly striving to eliminate poverty in the United States of America, a land that is not poor in resources but lacks moral conviction to wage an all-out war to end poverty. We are continuously developing pilot programs to positively affect the lives of the economically less fortunate. We invite you to enlist in the “war on poverty” with us.